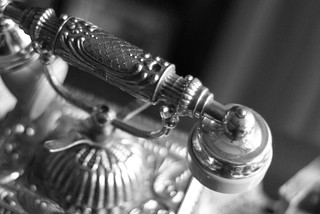 I quite never answer to phone call and I rarely phone. People assumes it’s because I hate phones or that I’m afraid of them.

Well that’s not totally wrong, I don’t really like that.

But that’s not the reason I’m not using it in my daily professional life.

I’m a software developer and my job mainly consists in three kinds of activities:

Note that these activities may not be dissociated, it’s quite usual that in order to learn things I write software with someone else.

Writing software and learning things require concentration and focus in order to juggle with high level of abstraction. A disturbance in that process typically causes a loss in the train of thought. Getting back on track often means starting over the whole process. Receiving, and answering phone call is such a disturbance, a 30s call can be the cause of several hours lost. I really don’t like that.

When I’m talking to someone, the disturbance may be smaller, it’s usually quite easy to enter again in a conversation. But, then what is the message I’m giving to the person I was talking to when the phone rang: someone, I may not know, is calling me for a reason I have no idea what it is, but I’m going to stop everything we are doing together for an unknown period of time to answer them.

So basically, I’m telling my first interlocutor, that whoever the caller is, whatever the subject, it’s more important than the conversation we currently have.

Yeah, that’s bad, and quite an easy move to quickly lost their respect and trust.

But, if it’s an emergency?

If it’s a real emergency, like a ‘someone is going to die’ emergency, I’m probably not the person you should be calling right now12, I am not a doctor3 or a fireman.

Let’s be honest, I’m a software developer, I build software and help people write better software. There is nothing in what I do that can’t wait for an hour or two. Your emergency is not really an emergency. It can wait.

If really you have to deal with software emergency, then have a procedure for that4. Calling someone who does not expect to be called to solve a real emergency quite often ends badly.

But I do have to talk to you?

And that’s awesome! I’ll probably enjoy talking to you too :)

There plenty of great asynchronous way of communication like e-mail, phone text message, twitter (public or private message), hangout, IRC, …5 Such systems are great we can have a conversation each at our own pace, we can choose the right moment to answer, no more rush, no more disturbance. That’s good.

Sometimes we’ll end by planing a date and time to have a call. Planned calls are nice, we can make sure that they won’t break anything when they’ll occur.

Phone calls are not bad, only unexpected ones.